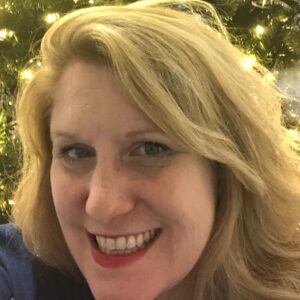 Amy Wheeler, Ph.D. is the Founder and Director of Optimal State Programs, which provides both Yoga and Yoga Therapy Training Programs.  She is a Professor of Kinesiology at California State University, San Bernardino for 24 years. Amy’s degrees include a B.A. and M.A. in Health Promotion and a Ph.D. in Education and Psychology.  Amy has travelled to India many times and was certified to teach Yoga and Yoga Therapy in the Tradition of T. Krishnamacharya.  Before that, she was certified by several other internationally recognized Yoga and Yoga Therapy Training Programs.  She served as President for board of the International Association of Yoga Therapist (IAYT) from 2018-2020.  Amy also helped the National Ayurvedic Medical Association (NAMA) set standards for Ayurvedic Yoga Therapy. 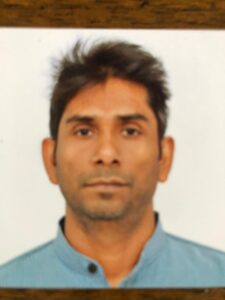 Lisa Kaley-Isley is a clinical psychologist, yoga teacher, IAYT certified yoga therapist, and yoga educator who recently moved from London to the Netherlands. Lisa draws deeply on the wisdom and practices of both yoga and psychology to provide personalized yoga therapy and to educate yoga therapists.  She is a long-term yoga student of Yogarupa Rod Stryker (Para Yoga), Pandit Rajmani Tigunait (Himalayan Institute), and Gary Kraftsow (American Viniyoga). These traditions all influence her personal practice, teaching, and provision of yoga therapy.  Lisa is faculty on the Yogacampus Yoga Therapy Diploma course, and the founding Director of the Yogacampus Yoga Therapy Clinic, providing affordable access to yoga therapy in London.  Lisa’s mental health focused workshops integrate providing information, experiential learning, and personal self-reflection.  Lisa is a member of the IAYT Accreditation Committee and a founding member of the Global Consortium on Yoga Therapy.  Lisa has conducted research evaluating the effectiveness of yoga to reduce symptoms of anxiety and depression in young people and she has published articles and book chapters on the practice of yoga therapy.

John has served as the executive director of the International Association of Yoga Therapists (IAYT) since 2003.  He holds Yoga teacher and therapist certifications from the American Viniyoga Institute and a teaching certification from A.G. Mohan in Chennai, India and was a practicing Yoga therapist and teacher for over 20 years. He also has a professional background in economics, finance, and non-profit management.  As such, his work for IAYT and his writings often have an economic and public policy perspective.  In recent years, John has focused on organizing IAYT’s practitioner and research conferences, developing educational standards for the training of Yoga therapists, providing accreditation services for programs that meet those standards, and certifying individuals that meet IAYT standards.   He has also led connecting IAYT to the wider integrative health community, especially the Academic Collaborative for Integrative Health.  Most recently he is focused on supporting collaborative relationships with our growing international yoga therapy community. 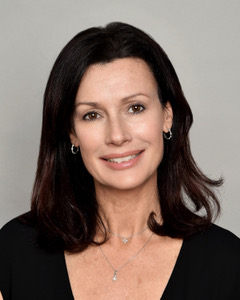 Alyssa’s career has been devoted to increasing access to complementary, integrative, whole-person healthcare by supporting a paradigm shift toward health creation and well-being. She brings to IAYT strong leadership experience in both the nonprofit and for-profit worlds, most recently as executive director of the Academic Collaborative for Integrative Health (ACIH). Alyssa facilitated key partnerships to advance the ACIH mission of interprofessional education and collaborative practice, including with the Alliance to Advance Comprehensive Integrative Pain Management (AACIPM), a first-of-its-kind multistakeholder collaborative. Additional experience includes a role as executive director of the Integrative Health Policy Consortium (IHPC), which expanded significantly under Alyssa’s leadership.

Alyssa has years of executive-level corporate experience in sales, marketing, and medical education with leading homeopathic pharmaceutical manufacturing companies. In 2005, she founded 1M Integrative Solutions, a consulting company through which she has worked with a wide spectrum of organizations on strategic issues related to healthcare and policy. She has an MBA from Fordham University and is a diplomate (DiHom) of the British Institute of Homeopathy.

In forms ranging from prenatal to kundalini, vinyasa, and restorative, yoga has had a meaningful presence in Alyssa’s life for decades. She is thrilled to be working with IAYT in support of advancing the profession of yoga therapy.

Alyssa resides in Venice, California, with her husband David, dog Rosie, and cat Suki. Her two adult children, Isaac and Mirabelle, grew up mostly in New Mexico, where the family fell in love with the high desert environment and starry night sky. Alyssa has served on multiple nonprofit boards, including Horizons New Mexico, and on medical service trips to Haiti and Chennai, India. 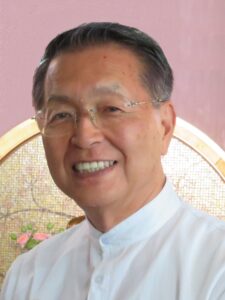 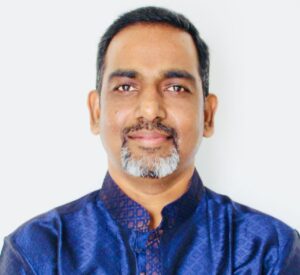 Dr. Manjunath N K is the Director of Research and International Affairs at S-VYASA University. He has completed a Bachelor’s Degree in Naturopathy & Yogic Sciences from Mangalore University and a Ph.D. in Yoga & Geriatric Medicine, and Doctor of Science (D.Sc.) from S-VYASA University. He has 25 years of research experience and has published 65 research papers in journals indexed in international bibliographical data bases. His research interests include Psycho-physiology of Yoga, Neural correlates of meditation, Aging and rehabilitation. He believes in integrative medicine as the future of healthcare and conducting several studies combining the best of AYUSH systems with conventional medicine. He has guided several students of Ph.D., M.D., and M.Sc.

Anneke Sips (RN) is a Svastha Yoga Teacher Trainer (YACEP) and Therapist (C-IAYT) who has been working in the field of psychiatry since 1998. She is the founder of Network Yoga Therapy and The Yoga Therapy Conference in Amsterdam and The Netherlands and a bridge-builder in the field of yoga therapy for mental health in The Netherlands and beyond. She is successfully directing the 200h Svastha program for doctors and other health professionals and brings yoga into the Dutch ministry of defence. With her holistic, client-centred approach she supports many clients in her Compassion-Based Yoga Therapy programs. 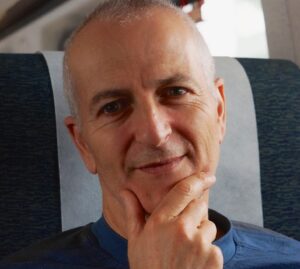 Leigh was drawn to meditation and yoga in the late 1960s and commenced teaching in the 1970s and practising yoga therapy in 1991. Leigh is an iRest supervisor/mentor and the (voluntary) Associate Director of the iRest Institute in Australasia. His most influential teachers include A.G. Mohan, Dr. Richard Miller and Swami Gitananda.

He is a member of the Board of Directors of the International Association of Yoga Therapists (IAYT), a Past-President of Yoga Australia and has served the on the IAYT Standards, Accreditation and Certification committees He was also a founding member of the Global Consortium on Yoga Therapy and is one of the organizers of the annual Global Yoga Therapy Day.

Leigh’s life has been dedicated to the establishment of high credible standards of education and professional practice for the fields of yoga, yoga therapy and meditation. He is passionate about people developing an authentic, personal and experiential understanding of what yoga and meditation are and what they are not.

He has presented extensively across the world in recent decades.

In 2013 and 2017 Leigh was conferred IAYT awards for “extraordinary service to the field of yoga therapy”.

As of late 2017, Leigh transitioned into vanaprastha the third stage of life according to the Vedic tradition, in which more time is spent in deep svadhyaya (self-reflection), personal practice and mentoring, while stepping back from many previous professional roles. 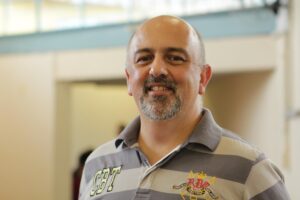 Danilo Forghieri Santaella
Forghieri Santaella is one of the first researchers in Yoga physiology of Brazil, working with Yoga teaching and research at the University of São Paulo. He teaches practical and theoretical classes for the elderly and the university community, as well as applies his acquired knowledge to research and for strengthening Yoga’s respectability among the scientific and medical society. He also teaches Applied physiology in post-grad Yoga and Yoga therapy courses. His main research field is the interaction between mind and body, with special emphasis to the influences of Yoga on psychobiological variables/markers. Investigations made have addressed the following interventions and variables: aging process, yoga as therapy, relaxation, breathing exercises (pranayama), physical exercise, hypertension, post-exercise blood pressure, heart rate variability, EEG, evoked potentials, ageing brain, functional connectivity, stress, sleep quality and quality of life. Danilo is also connected to Kaivalyadhama Yoga Institute (India), and represented South America in the first World Consortium for Yoga therapy in Japan (2018).